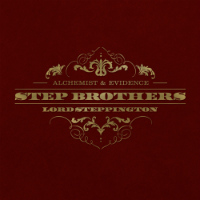 Posted on 5th January 2014 no comments 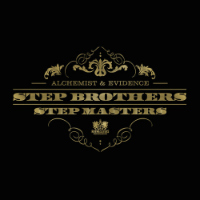 Alchemist and Evidence are Step Brothers and the video to slo-mo-stoner-scratch-rap cut Step Masters (off their debut forthcoming Rhymesayers LP release Lord Steppington, due January) finds them giving free reign to their ‘sibling’ rivalry in a series of competitions. Evidence is the man, it seems, when it comes to such tasks as speed-chugging beer, bowling strikes, Jenga, scoring baskets END_OF_DOCUMENT_TOKEN_TO_BE_REPLACED

Posted on 27th November 2013 no comments 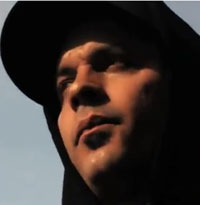 In which various artists on the 2011 Carhartt/ Rhymesayers tour relate why they love the Big Smoke. Or not. Slug found the bacon undercooked, Budo informs us that he’s half English and like everyone this side of the Atlantic he already drinks tea with pinkie raised and salutes the Queen while Evidence hates Heathrow but thinks the weed is pretty good. Thus it is Brother Ali alone, who END_OF_DOCUMENT_TOKEN_TO_BE_REPLACED 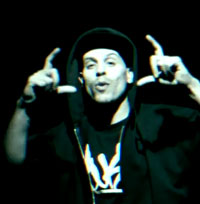 Dilated Peoples’ rapper Evidence releases the video to It Wasn’t Me from his just released and long-awaited Cats And Dogs LP and as you might expect the lyrics find him engaged in some extended denial of responsibility. Texting other women besides the one he’s seeing? Tagging some building? Making slightly watered down versions of the sort of hip-hop he was doing ten years ago. He denies it all – oh wait – not the last one END_OF_DOCUMENT_TOKEN_TO_BE_REPLACED 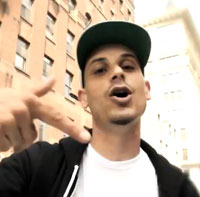 Hot on the tail of the Fashawn featuring Same Folks comes another video from Dilated Peoples emcee/ producer Evidence. You (for such is the track’s name) features a Premo beat that DJ Premier himself premiered on his radio show last week. Try saying that when you’re pissed. Actually for a Premo beat it’s a dead ringer for a Platform/ Expansion Team-era Dilated beat. Which is nice END_OF_DOCUMENT_TOKEN_TO_BE_REPLACED

Posted on 8th September 2011 no comments 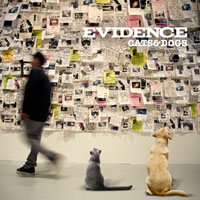 Once upon a time in hip-hop a group called Dilated Peoples worked the angles to popular underground acclaim. This would be back when record shops were so thick with manboys wearing empty Eastpak rucksacks that it almost made you want to stop buying vinyl and go home and illegally download mp3s. By the time Eastpak rucksack sales had past their peak, Dilated’s star had begun to wane and I had trouble finding a record shop END_OF_DOCUMENT_TOKEN_TO_BE_REPLACED 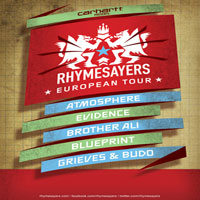 Rhymesayers? They’re not law obeyers they’re non-stop rhythm rock poetry sayers and they’ll be proving it by invading Europe this November starting in London. Actually they probably are law obeyers, that bit just sounded good. Yes, this autumn is all about emo-hoppers Atmosphere and various homies from the underground behemoth of a label that Atmosphere founded: Brother Ali, Evidence, Blueprint and Grieves and Budo END_OF_DOCUMENT_TOKEN_TO_BE_REPLACED 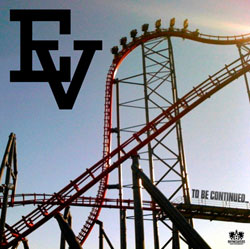 Rapper/ producer Evidence of Dilated Peoples has been keeping himself busy recently by signing up to Rhymesayers for his forthcoming solo LP Cats & Dogs, and you can cop the – er – evidence of his hard work in the shape of the video for his first single To Be Continued below. Mind you, I say ‘hard work’, but the man appears to have interpreted this as ‘recite one of my rhymes whilst spending the day on a rollercoaster. Let’s hope his album has more ups than downs eh?
Evidence – Myspace
rhymesayers.com

No man is an island but I wished I was fucking on one when I heard this miserable dirge. This is the musical equivalent of an aging Bassett Hound resting its drooling jowls on paws that are two days away from a fatal injection. Not even the presence of Little Brother’s Phonte Coleman can rescue the sometime Dilated Peoples’ rapper from raising the Christmas suicide rate with this. Apparently his EP’s going to be called The Layover – I’d fucking have one if I was him. Evidence – you should never ask for whom the bell tolls. It tolls for you son.
Out now on Decon US

Listen to – Evidence – For Whom The Bell Tolls

Posted on 15th December 2008 no comments