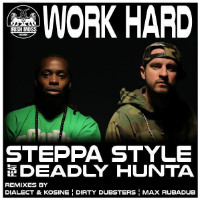 Amazingly Steppa Style and Deadly Hunta manage to extol the benefits of working hard (you know, success and all that) for several minutes without it sounding like some sort of hollow corporate-management homily on Work Hard. It doesn’t hurt that a) they really mean it and b) their efforts are underpinned by a no-nonsense END_OF_DOCUMENT_TOKEN_TO_BE_REPLACED 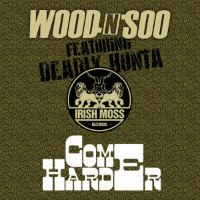 Wood N Soo‘s new one features dancehall emcee Deadly Hunta and is called Come Harder. Now, I know what you’re thinking – ‘it’s a dancehall track called Come Harder‘ – but in truth, Deadly Hunta’s lyrics seem to be more about the degree to which that he, Wood N Soo elevate the party than, say, sex. Apparently they ‘come’ so much ‘harder’ than everyone else they’re like ‘prison warder’ which of END_OF_DOCUMENT_TOKEN_TO_BE_REPLACED