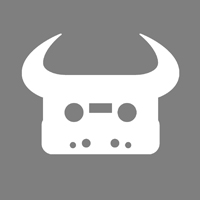 There’s only going to be one physical copy (a CD) of UK rapper Dan Bull’s second LP Face available next week and it’s going for a million quid. And I’m really not making that up. You can also download it for a very reasonable nothing-at-all until 19 March 2012 (link below) or a not-much-less reasonable £3.49 after that date. What’s going on? It’s quite simple END_OF_DOCUMENT_TOKEN_TO_BE_REPLACED 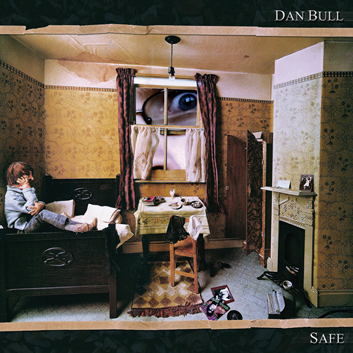 CLICK HERE to download Safe for free!
A first hearing of Dan Bull’s Safe might prompt two things in the mind of the listener: 1) a highly favourable impression of the production quality and 2) the question ‘but is it hip-hop?’ The answer to this second question is: it’s about as hip-hop as The Streets, or Beck or Kenan Bell are – though of these it is most alike to the work of Mike Skinner. This isn’t to say Bull is slip-streaming Skinner all that closely – we ain’t talking cack like Just Jack – just that you’ll need to keep an increasingly open-mind the more of a hip-hop purist you are. And if you don’t consider The Streets hip-hop, you won’t consider this hip-hop either. Bull himself refers to it as a mixture of hip-hop and soulful acoustic pop/ indie and I guess that’s fair shout – especially the ‘pop’ bit – there is every sense in which you could see this charting.

Is now a good time to mention that it’s a concept album? Fuck – I dunno – but anyway – throughout the LP Bull hangs the thoughts of the rapper/ narrator about various themes onto the unifying idea that this protagonist has awakened from a suicide attempt made during World War Three. Thus, for example, we have Summer’s reflections on – er – summer, My Catharsis’s consideration of the therapeutic effect of releasing those pent up feelings by writing them down, and Misfit’s exploration of how much you can be royally fucked off when you don’t conform to the ‘norm’. Speaking of norms – as previously mentioned, it’s not like Bull feels especially constrained by genre parameters and so you will find tracks on the LP like Cut which is accomplished indie pop that morphs into rapping, as is the slightly more stomp-heavy, electric-guitar-powered Thistopia.

Overall, Safe probably has less impact than it could have done because it’s post-The Streets. A key difference is Bull’s approach which lacks some of Mike Skinner’s humour substituting instead a more cerebal (without being geeky) edge – by which I mean he lacks Skinner’s chav tendencies, which can’t be a bad thing. Lest that sound like I’m damning the man with the faint praise of being the ‘emo’ version of The Streets let me finish by pointing out that this is a consistently slick, professional debut with a clear appeal to the more discerning of the masses even if (and I’m sure Mr Bull would agree) it might not necessarily be up the street(s) of the more ‘core hip-hop massive. One to watch.
Out now on Freshnut Records.