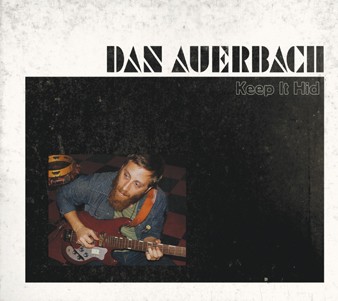 It must be admitted – Keep It Hid – the debut solo venture by Black Keys’ guitarist and singer Dan Auerbach – isn’t a million miles away from the sound of The Black Keys. Mind you, if you grant that there are four key (groan) elements to the ‘Keys sound – Auerbach’s tortured blues howl and blistering guitar playing being two and the others being Patrick Carney’s syncopated beats and lo-fi production – and then we accept that the first two weren’t likely to be absent on an Auerbach solo effort and acknowledge that Keep It Hid features lo-fi production and some not-un-Carney-like beats – the similarity shouldn’t come as a revelation. Apparently you can take the man out of The Black Keys but not The Black Keys out of the man. Not that I’m complaining you understand – for here is yet another album packed full of richly evocative swampy, garagey, bluesy rock.
Arguably mellower than the average ‘Keys release, the LP kicks off with country-ish (I said ‘ish’!) lament Trouble Weighs A Ton before heading towards more familiar ‘Keys territory with the roadhouse stomp of I Want Some More. Much was made of the influence that Dangermouse might have over the ‘Keys sound when knowledge of his production on last year’s Attack & Release was announced and yet, if anything, it is this LP which sounds like someone has taken the envelope of The Black Keys sound and pushed it a bit. There’s the heavy breaks that underpin the bayou-groove and desolate pleading of The Prowl (“I see you walking out the door/ Trading looks with other men/ But I’m the only one you need/ And I know just where you’ve been”) and the super reverbed tremelo guitar effect on Heartbroken. Then again, on the minus side, there’s the rather pointless ambient noise of Because I Should.
It also needs to be said that the middle of the album does have something of the oppressive quality of lying awake at four a.m. trying to make sense of it all and failing – however positive the ”Don’t be afraid…” refrain of songs like When The Night Comes. That said, the mesmeric quality of Auerbach’s axemanship and his voice goes a long way to mitigating any excess of lyrical thematic misery. Penultimate track Street Walkin’ is a slice of riffage which, with it’s heavy use of wah-wah, traces the sound of melodic rock with a groove back through The Screaming Trees all the way to Led Zeppelin and it’s also on a Zeppelin tip that the LP ends with Goin’ Home a folky-sounding thing that tails off to wind chimes.
Keep It Hid possesses a lot of the doleful moodiness that makes much of ‘Keys LP Magic Potion such a trial to listen to but compensates by having better tunes and a more varied sonic palette. It is true that Auerbach’s still letting the ladies get him down a bit too much but hey – at least they’re inspiring him to write classic music and with a sonic-vision like his – you’ll be mostly very happy to hear him moan.
Released 10 February on Nonesuch.

Posted on 8th February 2009 no comments 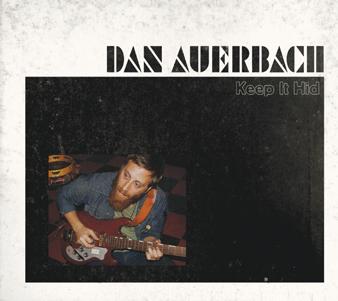 Black Keys singer and guitarist Dan Auerbach releases his debut solo LP, Keep It Hid (READ MONKEYBOXING.COM REVIEW) on 10 February 2009 on Nonesuch Records. If you head on over to his myspace you’ll get a hit of what it’ll sound like – two of the three posted tracks suggest something not a million miles from what The Black Keys sound like. And if that’s not a massive surprise, it’s hardly a bad thing either is it? Y’know – what with the ‘Keys being legends and all. Auerbach himself said, “This record is a mixture of things I like to listen to, psychedelia, soul music, country harmonies.” For a full tracklist and more info. swing by nonesuch.com, where you’ll also get an audio hook-up.