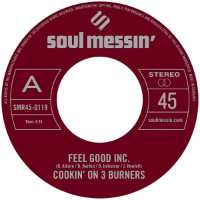 A long time ago, before Ivan Khatchoyan of Oz-funk merchants Cookin On 3 Burners started knocking out inspired funk covers of old classics with his other band the Traffic, he could be found – er – knocking out the occasional inspired funk cover of an old classic with Cookin On 3 Burners. And by a long time ago, I mean ten or twelve years ago when the fetish for 45s wasn’t quite what it is now – which means that not everything END_OF_DOCUMENT_TOKEN_TO_BE_REPLACED

Posted on 7th September 2019 no comments

COOKIN’ ON 3 BURNERS: One Of The Ones feat. KYLIE AULDIST/ Force Of Nature feature FALLON WILLIAMS (Vinyl 7″) 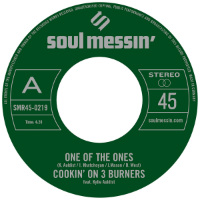 Of course if you’re one of Oz’s two biggest funk-soul bands, you’ll want to have some sort of vinyl out around the time of Record Store Day, and if you’re Cookin’ On 3 Burners, you might well want to make it two vocal cuts off your recent Lab Experiments Vol. 2 album featuring two of your biggest vocalist collaborators. And so it is that we get soul warmth and heartache from Kylie Auldist END_OF_DOCUMENT_TOKEN_TO_BE_REPLACED 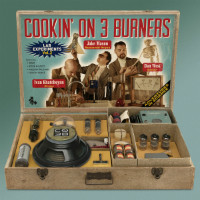 After their success with the funky alchemy of Lab Experiments Vol. 1: Mixin’, what was there for Aussie Hammond funk veterans Cookin’ On 3 Burners to do but return to the laboratory to cook up even more goodness? As with its predecessor, Lab Experiments Vol. 2 turns in eight tracks though this time there is an equal balance of vocal and instro cuts. Arguably chief among the former END_OF_DOCUMENT_TOKEN_TO_BE_REPLACED

Posted on 3rd November 2018 no comments 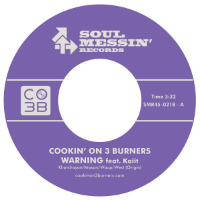 Veteran Melbourne deep-funk outfit Cookin On 3 Burners hook-up with up-and-coming Melbourne songstress Kaiit for their brisk new single on 45 – Warning. While CO3B provide the type of crisp Hammond-n-guitar-scorched uptempo funk we’ve come to expect as standard, Kaiit uses the language of job interviews to put off a ‘suitor’ in which she has no interest because she’s END_OF_DOCUMENT_TOKEN_TO_BE_REPLACED 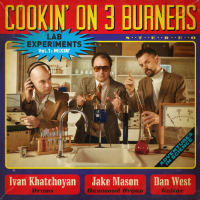 What better season than summer for Oz-funk grandaddies Cookin’ On 3 Burners to release their latest Hammond-funk foray Lab Experiments Vol. 1: Mixin’? Er – well – spring, actually, since this was supposed to have an EU drop date of May this year and has been out in Oz since then – though technically for them that would have been autumn. Confused? Never mind, the END_OF_DOCUMENT_TOKEN_TO_BE_REPLACED

In just under a month another veteran contemporary funk and soul act places its ‘difficult third LP’ cards on the table and this time it’s the turn of Cookin’ On 3 Burners – a.k.a. the ‘other’ band of Oz funk and soul kingpin, Lance Ferguson. Two previous LPs have dealt out hard-hitting, tightly-played instro funk, soul and jazz-funk that has become increasingly END_OF_DOCUMENT_TOKEN_TO_BE_REPLACED 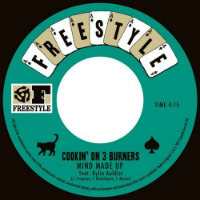 Now then – how about some soul? Thought so – and it’s provided by none other than Cookin’ On 3 Burners for whom I believe I’m right in saying this is the first new material since 2009’s Soul Messin’ LP. Part of the Melbourne funk mafia, Cookin’ On 3 Burners share guitarist Lance Ferguson with The Bamboos and have hooked up many times in the past with Bamboos singer Kylie Auldist. The strings- END_OF_DOCUMENT_TOKEN_TO_BE_REPLACED 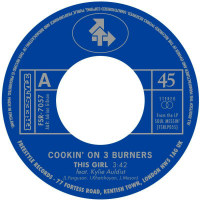 “This girl don’t need money,” sings latter-day soul queen Kylie Auldist without a trace of irony on this re-release of Cookin On 3 Burners’ four year old track. It’s a shimmery, summery deep soul affair backed with the chicken scratch instro-hammond-funk of Four N Twenty. Do I sense a new Burners album in the offing? If so let’s hope it’s got Kylie END_OF_DOCUMENT_TOKEN_TO_BE_REPLACED 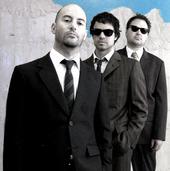 “Shimmering horns ride over this laid back, deep soul classic which has BIG HIT written all over it. Watch out Amy, Duffy and Co…” ends the press release for this promo 7” off the forthcoming Burners LP. Perhaps they should have called it ‘Chasing Amy’ instead as a lot of people seem to be doing just that these days. And that includes The Bamboos – who share guitarist Lance Ferguson and singer Kylie Auldist with this lot. So does it sound like Wino? Nope – but it does resemble similar Auldist-featuring tracks on the last two Bamboos LPs and if it doesn’t get them Amy-sized success it might, at least, guarantee them inclusion on the next ‘Chilled Ibiza’ compilation and a reputation as the NEW Brand New Heavies – if they’re not careful. Almost certainly one to put the ladies in a good mood but doesn’t really show off the more raucous turns at the mic that make Auldist such a star vocal turn. Can we have some dirty funk now please?
Out 22 June on Freestyle

Listen to Cookin On 3 Burners (feat. Kylie Auldist) – This Girl