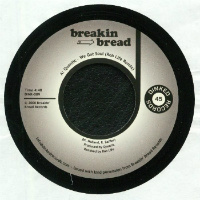 Back at the turn of the millenium, multi-instrumentalist and producer Will Holland, a.k.a. Quantic, emerged out of darkest Worcestershire, and attracted a lot of attention as a fully-formed purveyor of ‘cinematic breaks’-cum-electronica with the 2001 LP The 5th Exotic. Now, a million albums later, he’s a globe-trotting purveyor of everything from cumbia to drum n bass and lives END_OF_DOCUMENT_TOKEN_TO_BE_REPLACED 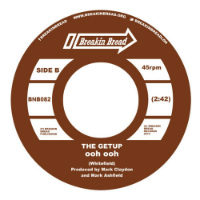 The Getup provide a chugging, if acid-jazz-flavoured, female vocal-led funk workout here on A-side What If? and a hectic JTQ-ish hammond bash on the flip. As long-time readers might imagine, Monkeyboxing taxi driver ‘Jazzy’ Dave was in raptures when he heard this. Unusually though, so was MB tea lady Loretta May Drew! Just messin’ with you. Loretta told me to tell everyone she was END_OF_DOCUMENT_TOKEN_TO_BE_REPLACED 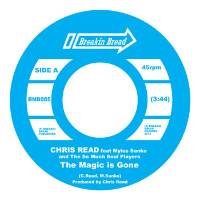 The Magic Is Gone is the latest drop from Breakin Bread – on which crate-digger and man of Substance, Chris Read, enlists the help of neo-soulman Myles Sanko to try and locate the place where b-boy breaks and acid jazz meet. On the evidence of this, their search has been a wild success – one for those who like to uprock in a velour tracksuit while stroking their chin. Not to be END_OF_DOCUMENT_TOKEN_TO_BE_REPLACED 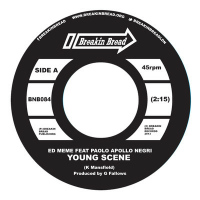 Bit of a mod groover here as Ed Meme (a.k.a. The Impellers’ Glenn Fallows) covers KPM king Keith Mansfield’s ’68 cut Young Scene and hooks up with hammond hound Apollo Negri to supplant horns with keys from the start, add in some extra percussion and make it sound not so much like a tv theme. Not that that was Keith’s fault especially, since his stock in trade was creating tv library END_OF_DOCUMENT_TOKEN_TO_BE_REPLACED

Posted on 13th November 2013 no comments 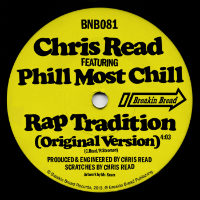 Rap tradition? There are many aren’t there? Depending on the era. Most recently of course there’s doing a lazy turn on a David Guetta beat – a real nadir I think you’ll agree. Makes you nostalgic for a decade or so ago when you could rely on violent death or something. Go back further still and there were wild and crazy notions of combining a funky beat with Phd-level lyrical prowess. Enter END_OF_DOCUMENT_TOKEN_TO_BE_REPLACED

Posted on 11th September 2013 no comments 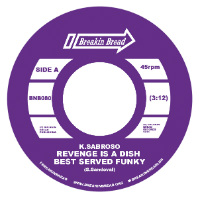 If you ever fancy a b-boy breaks snack, the Breakin Bread collective can always be trusted to have something suitable on the menu and their latest ‘special’ is this little 45 from K Sabroso – Revenge Is A Dish Best Served Funky. Actually it’s less b-boy breaks than a full-on b-boy blood feud characterised by the darkest of piano chords, trumpet stabs and snarly guitar. Oh – and is that a END_OF_DOCUMENT_TOKEN_TO_BE_REPLACED 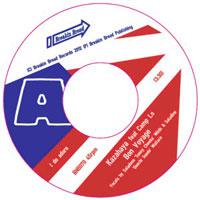 For last year’s Soul Is Yours LP, Kazahaya reprised his epic hip-hop dancefloor mash-up Remember Hip-Hop with live rappers as opposed to samples and now here it is on this sexy little seven inch from Breakin Bread who released the original (which is still in the box) three years ago. New lyrical fire is supplied courtesy of Wax and twin bro END_OF_DOCUMENT_TOKEN_TO_BE_REPLACED 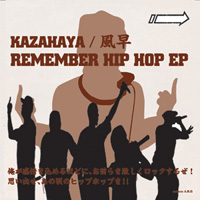 Remember hip-hop? I’m damn sure Flo Rida doesn’t. Luckily Japanese crate-digger Kazahaya does. What’s more, he remembers it how it was meant to make the crowd move. And since nowadays beats are frequently wack as fuck, he’s looped some funky shit on the title track. And since most rappers nowadays are wack as fuck too, he’s taxed a few verses from some of the greats (I’ll let you have a crack at spotting who) propounding various notions about hip-hop. If that sounds like he’s recycled bits from the genre that kick-started recycling bits from other songs, that’s because it is. But that doesn’t mean it isn’t dope and fresh and all the other words that I over-use when something’s really dope and fresh. Oh yeah – the other tracks are the shit too.
Out now on Breakin Bread