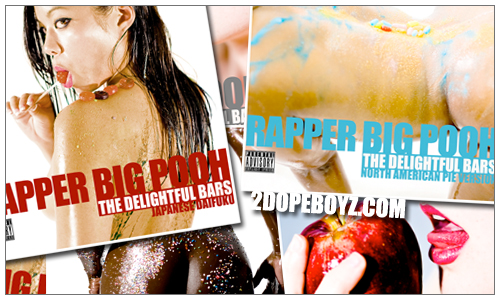 As one half of the critically acclaimed duo Little Brother, Big Pooh has toured the globe and back, dropped three critically acclaimed LP’s (2003’s The Listening, 2005’s The Minstrel Show and 2007’s Getback), numerous classic mixtapes, his own solo-LP (2005’s Sleepers) and worked with some of the biggest and most respected names in the industry: Lil Wayne, Kanye West, Pete Rock, Consequence, Big Daddy Kane, Buckshot, 9th Wonder, MURS, Mos Def, Bun B, Kurupt, Nottz, Rhymefest, Talib Kweli, Cormega, Kardinal Offishal, Hi-Tek (among others).

For Pooh, what he initially planned to be a mixtape took on a new life after a few particularly productive studio sessions as he affirms “this is some of my best work to date as a solo artist. I started off recording for a mixtape, but I had a plethora of material that deserved a presentation much larger than a mixtape. Delightful Bars was born from the Dirty Pretty Things, Rapper’s Delight, and The Recipe recording sessions. The fans will find that this project serves as the perfect bridge between Sleepers and my upcoming sophomore solo album Dirty Pretty Things.