Tag Archives: Back Round 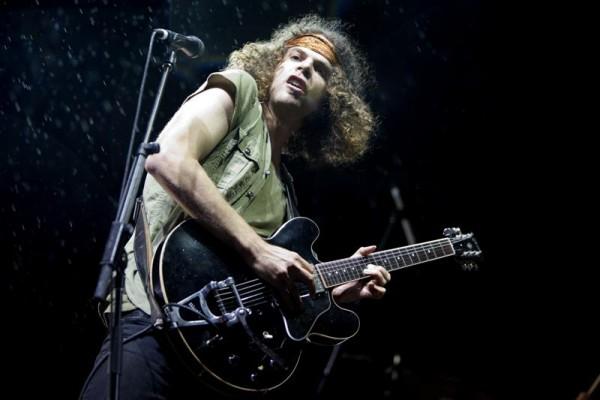 A three piece with only one original member left? Wolfmother are a bit like a hard rock version of the Sugababes aren’t they? Except that they’re a fourpiece now and they make hairy, sweaty, balls-out classic rock instead of lame rnb pop. So not that much like Sugababes really. Anyway, if it looks like the heavily Sabbath-influenced Wolfmother and it sounds like the heavily Sabbath-influenced Wolfmother it probably is Wolfmother. Although they probably said that about Black Sabbath until the heavily-Sabbath influenced Wolfmother came along. Listening to Back Round (DOWNLOAD HERE) is like that bit in the Aphex Twin Come To Daddy video where that thing screams in the old granny’s face with the force of a wind tunnel. Except you’re the granny. Like all truly massive rock tunes it starts off with a bar or two of quiet melody that wasn’t even deceptive when Tony Iommi was in short pants. Then it’s just one massive snarling tsunami of noise and Andrew Stockdale’s best Ozzy impression all the way to the finish line. Brilliant despite the clear debts it owes.