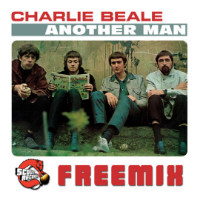 If you were a notable bluesman on this side of the pond back in the 60s, you probably worked with John Mayall at some point – Peter Green, Jack Bruce and Eric Clapton all spring to mind. Very traditional British names of course – but then this was the British blues explosion. Fast forward to 2016 and another name so British that its owner sounds like a relative of one of Eastenders’ main families. That’ll be Charlie Beale. He’s also just END_OF_DOCUMENT_TOKEN_TO_BE_REPLACED