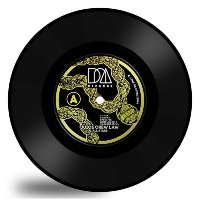 Now here’s an internationally-flavoured vinyl 7″ that can only be described as a raucous celebration of hip-hop culture. On the A-side – All Stars – a.k.a. DJ DSK, Whirlwind D, Chrome, Specifik and Mr Wonderful combine talents for a heavy dancefloor-flavoured celebration of Shanghai b-boy outfit Juice Crew whilst very much paying homage to MC Shan’s original ’88 classic Juice Crew Law. Over on the flip, DJ DSK (again – END_OF_DOCUMENT_TOKEN_TO_BE_REPLACED

Back in May, MB featured single, Up, by Italian producer Woxow and featuring Danish MC Blacc El, which despite its firmly European origins managed to channel a decidedly golden-era hip-hop vibe. Now comes the release of Woxow’s debut album Alcazar which, besides Up, boasts appearances from Ken Boothe, J5’s Akil, Blurum 13 (all on the same track!), Pugz Atomz, Hannah Williams, Cyril END_OF_DOCUMENT_TOKEN_TO_BE_REPLACED 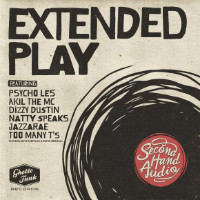 DJP and The Breakbeat Junkie don their Second Hand Audio personae once more to extend their original hip-hop repertoire with new EP Extended Play. Well, I say ‘new’ – it does contain previous banger collabs Got It Like That (feat. Dizzy Dustin) and Set It Off (feat. J5’s Akil The MC) – but that’s less than half the story. Brand new for ’92 – oops my bad – 2016, are END_OF_DOCUMENT_TOKEN_TO_BE_REPLACED 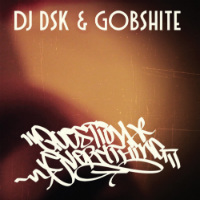 It’s amazing what you find kicking around backstage after a gig: half-naked groupies, a bowl of M&Ms with all the blue ones taken out, Akil the MC from Jurassic 5 and Mystro. Mind you it kind of helps if you have a slot supporting the artists in question. Which DJ DSK did whilst on tour in China. Still, having managed to locate yourself in the same vicinity as such quality emcees what is END_OF_DOCUMENT_TOKEN_TO_BE_REPLACED