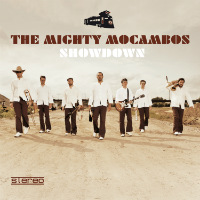 It’s Showdown at the funk-ay corral at the end of this month as The Mighty Mocambos prepare to drop their third album which, while relatively short at only ten tracks, tips the needle on the scales all the way over to ‘heavy’. One might attribute this to a more-than-casual acquaintance (three previous singles and another three tracks on this) with hip-hop grandaddy Afrika Bambaataa or to END_OF_DOCUMENT_TOKEN_TO_BE_REPLACED 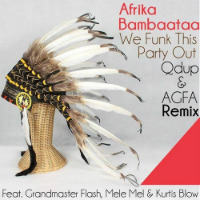 Having all your favourite first wave of NY hip-hop emcees together on one record holding forth about the ‘pioneers’ and how ‘everyone dances when they hear the funk drop’ would sound a lot more convincing were it not happening over a nineties house beat. Someone should really do something about that. Oh wait…they have. Step forward Qdup and the All Good Funk Alliance who bring the END_OF_DOCUMENT_TOKEN_TO_BE_REPLACED

Posted on 17th November 2013 no comments 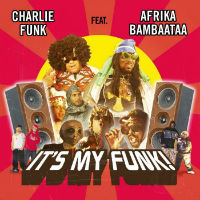 Ever seen a grown man cry? You’re about to. As far as I can make out this is a digital only release. I say ‘as far as I can make out’ because label ‘What The Funk haven’t exactly plugged their release with one of the founders of hip-hop. The only site I found for a label called ‘What The Funk’ made no mention of AB and you’d think with a legend like that on board END_OF_DOCUMENT_TOKEN_TO_BE_REPLACED