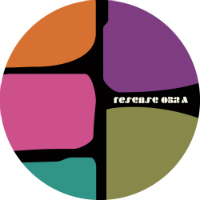 The first of two forthcoming seven inch releases from the reliably ‘party’ Austrian breaks label Resense is this one featuring a track from Suonho and another from Voodoofunk. Initially you’re struck by the fact that both tracks have obvious dancefloor currency and secondly by the fact that each track appears to have the other’s rightful name. Why? Because Suonho genetically enhances sho’ nuff instrumental sixties funk on It’s Cool while Voodoofunk sacrifices a chicken to the remix/mash-up loa resulting in Git Fonky’s crazy cool latin-garage stomp.
(Out 25 February on Resense)

Posted on 17th February 2013 no comments