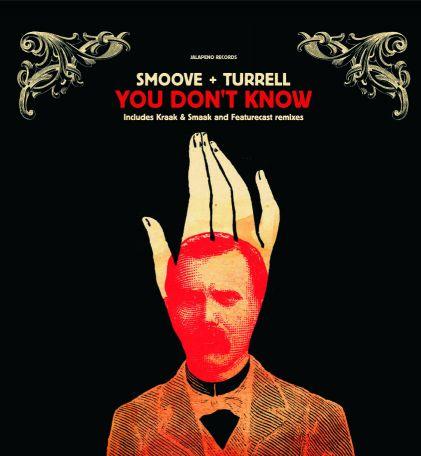 Listening to the various efforts at rebooting northern soul over the last couple of years has been a bit like being on the sidelines of the ‘open’ egg and spoon race at a school sports day. Ever an event that inspires a variety of approaches, it has both heroes and villains. Mark Ronson is the devious competitive parent who achieved an early lead by sticking chewing gum to the bottom of his egg but gave the game away because of his too clinical style. Bratty Winehouse has dropped her egg so many times it’s in more fragments than her career. Respectable staff members The Bamboos and Kylie Auldist forge ahead with a graceful ease though currently in front are flamboyant Sixth Formers Gnarls Barkley. Snapping at their heels are this pair from (appropriately enough) northern England. Slick-but-not-too-slick You Don’t Know almost rehabilitates the saxophone and reveals that Smoove has clearly got the groove while Turrell’s got the classic smoky vocals. The finishing line awaits…
Out 13 April on Jalapeno Records.