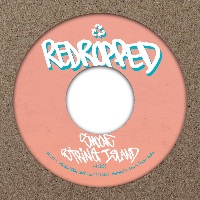 See? This is exactly what I was talking about last week when posting about Smoove’s Multitrack Reworks Vol. 1 disco 12″ – this man never has just one iron in the fire. Next up is this vinyl 7″ Redropped 1 with Smoove delivering two different but equally ‘force’ful versions (see what I did there?) of that ol’ Strong Island sound. First up is the mellow one. That’ll be String Island then, on which a rolling drum break and electric bassline are accompanied by subdued string washes and the occasional piano melody. If you think that can’t be equalled though, wait till you hear the Boogie Island flip on which fat-ass bass and synths keep things styling and wilding and the punters constantly smiling. The next in a series that began with DJ Oonops handpicking cuts for the Resense edits label, this 45 marks the continuation of the series under its new name.
(Pre-order now/ Ships 28 January on Oonops Drops)

Posted on 13th December 2021 no comments