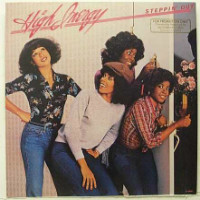 From Gordy to Geordie! Berry Gordy released the Steppin’ Out LP by disco queens Hi Inergy in 1978 on his Gordy imprint which also featured the Stevie Wonder-penned Every Time I See You I Go Wild. In the same year, Detroit disco-funkers Brainstorm released their own version of the track. Thirty-five years later, disco digger Smoove, a.k.a. Berry Geordie, dons his edit cap, tweaks the beat on the latter for the new millenium and renames it I Go Wild – which you can download for below for free. How times have changed. Why not continue the ‘no-charge’ vibe by playing this really loud on your home stereo and inviting random strangers through your front door to dance and have coke-fuelled sex in your toilet until the early hours. Good times.