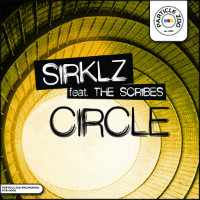 Waaiiitttt a minute! I know that tune – it’s on that Adidas AC Milan advert! That’s right – it’s Circle – the lead single of the forthcoming Dystopiary EP from Sirklz. Who he? Ewan Hoozami of course, as one of his increasing number of alter egos. And who’s that rapping on this tech-hop nugget – why it’s The Scribes – drawing from the same wellsprings of dystopian misery as their Mr Teatime & The End Of The World project – “Now the world is a tower block/ and the toffs all moved to the tower top/ Took the floor you can still grow flowers on and still see the sun when the acid rain stops” which might have sounded melodramatic if it didn’t so neatly capture a world of ‘poor doors’, global warming and catastrophically bad value-for-money nuclear power station deals.

Posted on 5th August 2016 no comments