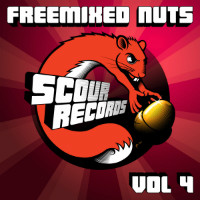 Typically a six-monthly or so event in the past the free breaks-fest that is Scour Records‘ Freemixed Nuts is back after a year and a half with Volume 4 and, perhaps to make up for the absence, is the biggest yet – with eight chunks of nutritious breaks goodness. There’s more wobble than you can shake a very big stick at of course and all manner of varieties: afro-dancehall wobble from Waggles & The Fritz, peak-time wobble from Bear Twists, Kool Keith-adorned wobble in General News‘s Master Blaster, soul wobble from Leo, farty bullfrog wobble from Dephicit and seventies soul wobble from X-Ray Ted. As ever though, the subtle hand comes out on top and Mr Stabalina‘s disco-funky breaks goodness Lemme Work It and especially Charlie Beale‘s super phat n funky, electro blues stomp of Wang Dang Doodle win out. Cop it HERE.

Posted on 8th August 2016 no comments