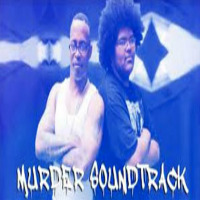 Sadat X with another track off forthcoming LP Agua already? Damn straight! That’ll be the none-more-topical (given recent events) Murder Soundtrack featuring ’emcee most likely to’ All Flows Reach Out or, as he is usually more conveniently known, A-F-R-O on mic duties for the first half and X for the second with former Roots-man Rahzel providing beatbox cuts and scratches and producer Will Tell hitting the bullseye with antsy piano and string motifs over boom-bap beats and throbbing bass. That my friends is a murder soundtrack and my seven year old daughter digs the beat.
(Out now on Tommy Boy)