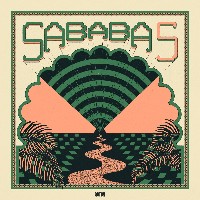 …and from Big Boss Man’s Trans-Pacific Express a couple of days ago to more Eastern psych-funk with Sababa’s second single, Lizarb, off their self-titled instro album. True, it’s a mellower affair than the BBM banger but a sweet groove nonetheless. It’s all about the call-and-response intro. over an insistent cymbal pattern and then drums, bass and synth muscle in and we’re into a folksy psych-funk groove that would be the perfect soundtrack to a druggy, hazy trip down the old hippy trail. Far out, man! Does anyone, like, have any rizla?
(Out now on Batov Records)

Posted on 28th September 2022 no comments