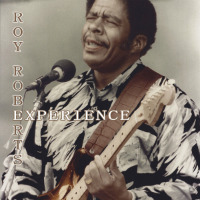 Fretting away that there hasn’t been a career retrospective of another largely unfeted funk-soul brother or sister from Tramp Records lately? Fret no more as Perfect Toy Records delivers what amounts to the same thing – in this case with a focus on Roy Roberts. New comp. the Roy Roberts Experience adopts the same tried and tested formula of collating said artist’s most soulful and funky cuts, then presenting them in broadly chronological order making the journey from rnb through the stuff of northern soulies’ wet dreams to the funk.

Roberts was inspired to record opener I’m Number One – an organ-powered mod-soul burner – by the death of Otis Redding. To give you a measure of the man, the song’s subtitle is I Want Your Crown Mr Brown. Bold words for any soul man to make in the golden years for Mr Dynamite but it was good enough to see this former bass player for Solomon Burke signed to Nina Simone’s NinAndy label. Got To Have All Your Love has a similar feel and is followed by a trio of northern soul heaters – the stomping So Much In Love, the smoother I Know What To Do To Satisfy You and the raucous rnb-edged You Move Me. The approximate middle of this compilation is marked by Returning From Cloud 9 a brief jazzy instro interlude and turning point after which there is no mistaking the arrival of the funk with the stank rhythms of You Ain’t Miss It followed in short order by two LP highlights – the chugging Sir Joe Quarterman-ish funk beast of Stop Watch What You’re Doing To Me and the massive Bar-Kays type groove of Bee-Hive. Which just allows room to wrap up with some funky disco and a brace of Love Walrus-ish soul cuts and leaves you with the overriding sense that if you haven’t previously experienced Roy Roberts, now might be a good time.
(Out now on Perfect Toy Records)