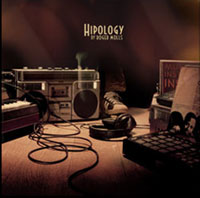 It ain’t final til it’s vinyl! The ‘French RJD2’ and monkeyboxing favourite Roger Molls keeps it gully, old school style by releasing an actual record. This is such an expensive process these days that getting your hands on one of these puppies means you’ll be one of only 150 people on the planet. All six cuts on this 12” come off Roger’s superb Rewind LP and hip-hop club djs will be after the uptempo High Speed Chase featuring rapper Ptates which also features on monkeyboxing mixtape Filthy Rhythm, Dirty Soul. Six hip-hop tracks, one slice of twelve inch wax and it’s available from Roger’s very own web shop HERE for a measly 12 euros. While there still is a euro.
(Out now)

B1 The Listener
B2 Exercise Mort feat. Art Cons
B3 Get Up (Scratches by Mr Cut)

Posted on 29th November 2011 no comments