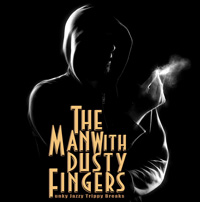 Footage of a vaguely Amelie-ish chick wandering through a night-time cityscape, eyes closed, headphones on, intercut with a shadowy baseball-hatted figure hitting the keys and grooving to his own sound? And well he might since this must be the vid (see below) for French beatsmith Roger Molls instrumental The Listener from last year’s superb Rewind LP. If you’re at all down with the stuff that made DJ Shadow or RJD2 famous or you like types like Wax Tailor, this is for you.

Which brings me neatly to Mr Molls’ The Man With Dusty Fingers mixtape. Well – he calls it a ‘mixtape’ but it rivals many a finished studio album. How does 18 tracks of gorgeously ‘cinematic’ and occasionally uptempo instrumental funk and hip-hop (or as he puts it, “a compilation of funky beats, jazzy breaks and trippy cuts”) sound? Thought so. Hit this link:

…and scroll down till you see the cassette icon. Also comes in physical CD format but you’ll have to pay for that. A man’s gotta earn a crust right? If you like to ‘try before you buy’ – check the soundcloud player below for a taster – you can DL from there too. You’ll find the album’s back cover below vid…

The Man with Dusty Fingers by Roger Molls 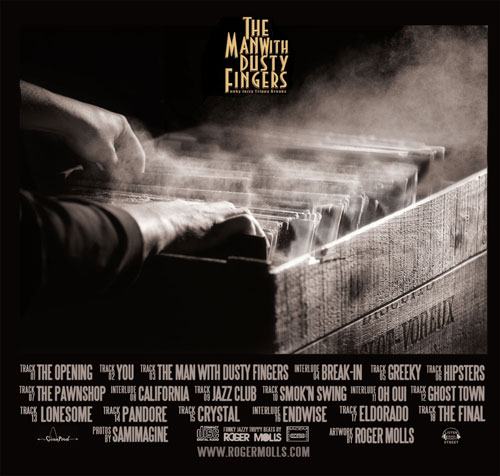 Posted on 1st August 2011 no comments