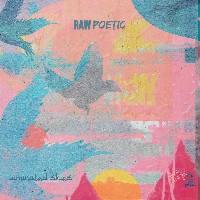 Genre-boundary pushing stuff from Raw Poetic and Damu The Fudgmunk as the Virginian MC and the DC producer get together for new single Open Roads from forthcoming LP, Laminated Skies. The track itself opens with Raw Poetic half singing, half rapping over uptempo cymbals soon joined by a crunchy drum break and guitar. As the album itself promises to be, this is lyrically personal stuff that takes inspiration as much from Ralph Ellison’s Invisible Man, spirituals and no doubt from RP’s family background (both parents in the original Black Panther party and jazz musician uncle Archie Shepp) as it does from hip-hop. Open Roads for open minds then!
(Out now on Def Presse)

Posted on 21st February 2022 no comments