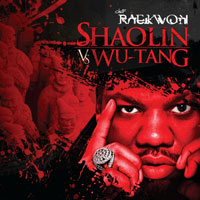 Well – this wasn’t quite what I was expecting from a Wu-Tang/ Rick Ross collabo but it shows ‘the Chef’ still has a few tricks up his sleeve and makes forthcoming Raewkon LP Shaolin vs. Wu-Tang sound even more promising than it did before. And while Molasses might ooze out of your speakers on a thick and treacly mellow soul-horns groove, the lyrics still have bite. It’s another tale of thug life with Rae and co. imagining themselves as ‘Scarface Gangsters’, ‘bagging dope up in the back seat’, ‘pretty young things sucking…[their]…balls off’ and later all ‘Uzi’d out.’ We’ve all been there…cop it below: