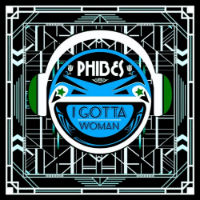 I don’t know – Ray Charles got a woman, Kanye got a gold digga – er – I mean a Kardashian, and many previous producers and their dogs have versions of each and sometimes both at the same time. Saucy. Not wanting to be left out of such a writhing mass, Phibes have just launched their own take on things. They start out by scratching (there’s cream for that), get Ray involved, then add in Busta Rhymes, Kanye and lashings of wobble and swing. Oh yes and there is a woman in there too. Blimey. It’s a limited free download so get on it and cop it below before it’s pulled to feature on an album from the boys coming out later this year!

Posted on 5th January 2017 no comments