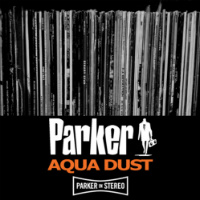 Aqua Dust: industrial mop conditioner, some old cobblers to do with ‘water spirits’ in an online offshoot of geekfest Minecraft, an allegedly highly versatile shade of grey modellers’ paint or the latest musical effort from highly respected Bristol bass music don, Parker? Unbelievably, it is all of the above, though the monkey only gives a monkeys about the last one. Yes, the return hinted at by the appearance of rolling 130 bpm soul-infused breakbeat banger Doubles on Jalapeno Funk Vol. 7 seems to be happening. And yes, Doubles is on this. The other two tracks are the title track – a mix of ethereal ambient sounds and the Skull Snaps It’s A New Day break in the finest Bristol trip-hop tradition – and 120 bpm mover called A Dream which manages to pitch its vibe somewhere between the other two cuts and which you can cop an exclusive first listen to below!
(Out August on Jalapeno Records)