PALE JAY & OKONSKI: By The Lake 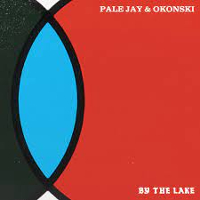 Despite sounding vaguely like characters off a Kevin Smith flick, Pale Jay & Okonski are actually the two latest signings to Colemine Records imprint Karma Chief and By The Lake is their new single. Singer/ producer Jay is German and Okonski just happens to be Steve Okonski of Durand Jones & The Indications but how did the collab. come about? Turns out hearing piano cut Runner Up from Okonski’s forthcoming solo LP tapped into emotions Jay had surrounding a recent conversation with a friend who decided not to move to a new city and pursue a new love because he wasn’t over an old one. Thirty odd minutes later and Jay’s sampled and chopped up Okonski’s piano and written the lovelorn lyrics. Add in a falsetto delivery and you’ve got the perfect marriage of neo- and lowrider soul. Boom! If only all relationships were that easy.
(Out now on Karma Chief Records)

Posted on 21st December 2022 no comments