NATHAN JOHNSTON & THE ANGELS OF LIBRA: Curtis (Do You Wanna Be A Star?) 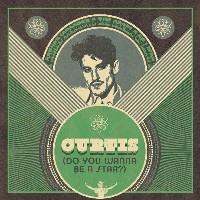 Retro footage abounds on this third and final single, Curtis (Do You Wanna Be A Star?), from Nathan Johnston & The Angels Of Libra before the release of their forthcoming album. And it’s not the only thing retro about the track on which Johnston’s soulful rasp is underpinned by a groove rich in Curtis Mayfield-esque sonic trappings – not least among them the strings – on tribute to this the man who scored Super Fly. Such a number will best be enjoyed while sporting a black roll neck sweater and flares, as you relax deeply back into that leather-covered swivel armchair allowing its soulful musical velvet to unfold on the phonograph, baby, yeahhhh.
(Out now on Waterfall Records)