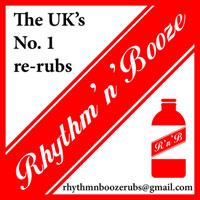 A thinly-disguised remixer/ producer spreads more peace and dub with this free download that splices M.O.P’s Ante Up beat with a not unknown ragga vocal by one Mr Vegas to create Ante Sensi. It’s a pairing that may be familiar to followers of the Nice Up! crew since Shepdog and Tony Midget dropped the equally bassbin-shaking Limber Up last year. Not sure which cut was out first (though according to Blennd this is at least a year old) but it all goes to prove that great minds think alike – especially in the world of reggae/ ragga/ hip-hop mash-ups – which is particularly pertinent since the Blennd and Shepdog soundclash using Arrested Development’s Everyday People beat (which you can cop HERE) last month.
MR BLENND – Ante Sensi – FREE DOWNLOAD
Mr Blennd – Soundcloud