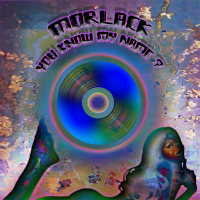 You Know My Name? I should bloody coco, Morlack, you cheeky monkey. You’ve been hard to avoid in the last few years haven’t you? Always a release around the corner – like some kind of relentless breaks generator. And here you are again, never one to skimp on the money, ready to put it on the breaks bitches and the brothers in the ghetto with a fourteen tracker, no less. Once again you move on the funk stuff bringing the old up to date and backing on up the modern stuff into those favourite Morlack genres of P-funk and DC go-go.

Expect to find Lenny Kravitz, Marie Franklin, George Clinton, Tower Of Power, Beenie Man and Lil Jon (among others) experiencing a re-vitalising shot of crisp breaks and squelchy bass and occasionally sharing time together across the decades. All reliable party-starting, party-continuing and party-topping stuff but for especial dancefloor love head for ghetto-funkin’, ladies night, Lenny-featuring slowie Boss Like Me, the sunshiny ghetto go-go of May The Grotto Be With You, or the Prince-ly funk of Movin’ On The Dumb Stuff. Morlack, then – you know his name. Bitch.
(Out now on Funk Blasters)

You Know My Name? from ben morlack on Vimeo.