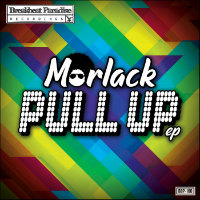 It had been relatively quiet from the Morlack camp over the last year or so but one of party breaks’ most prolific producers seems to be ramping up his productivity again with two EPS in the last month. The first was Katakana Edits Vol. 83, the second is this one – Pull Up. And as with its predecessor, it finds Morlack stepping outside of his DC Go-go comfort zone, this time into the nearby territories of pumping nu-disco breaks and electro. No Illusions is crunky disco, One Dutch is funky disco, Manteca is crunky electro disco and Bush Beat is scuzzy, low-down dirty electro disco. But this release is, rightly, all about the beast of a title track – Pull Up – which, perhaps unsurprisingly – re-imagines a certain track co-written by one Grace Jones though the ‘pella used here is the Patra version.
(Out now on Breakbeat Paradise)