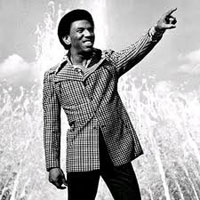 Good God almighty – his album Where Do You Get Your Funk From was only out two weeks ago and here’s Morlack again already with a superbly chunky booty version of Bobby Byrd’s funk nugget Try It Again. Slightly faster and a bit heavier than the original, it’s got ‘floor filler’ written all over it and only goes to prove once more that old adage – the simpler it is the better it is. If only it was out on wax – Big M? Wack? Come on – one of you’s got to do the decent thing! As a Brucie Bonus you’ll find the video of one of the later recordings (there were several) of Bobby Byrd’s version.

Try It Again by morlack

Posted on 5th January 2012 no comments