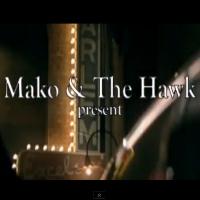 Bloody hell – it’s been a long minute since these two had anything out and now suddenly, out of the blue, here’s Mako & The Hawk with a brand new video for the first track they ever made – the as-played-on-Craig-Charles-Funk-&-Soul-Show, long-ago-maxed-out-on-soundcloud, Ain’t No Other Big Boss Man. It’s a straight-up, party breaks, mash-up banger of Christina Aguilera’s retro rnb hit Ain’t No Other Man with Big Boss Man’s mod-funk instro Party Seven. Hold up – what was that again? The ‘brand new video’ to the ‘first track they ever made’? Blatant excuse to stare at Christina Aguilera’s body more like. What about some new material? Funny you should mention that. The boys have been working on some new material – three cuts to be precise. Rumour has it that two are massive old school party hip-hop bangers and the other is on more of an old school booty bass tip. Check the video below – download the track from the bandcamp player below that (number 3) – plus their other previous freebies and check out the Craig Charles radio rip of the last track these guys did (Lil Kim, Common, reggae mash Lighters On The Corner) below that and…watch this space!