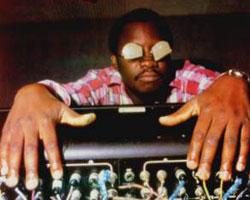 Mad Professor? Oh what – from the University of Dub, School of Crazy Digital Studies? Yeah that’s him – but has years of the dub made him wiser? Now’s your chance to find out as he’s bringing seismic bass tech and lots of friends (see press guff below) to London next month and you can win free entry for your bad self and a companion. COMPETITION CLOSED: Well done Amanda! All you have to do is complete the following steps.
1. Answer this question: What country does Mad Pro hail from?
2. Email your answer to: monkeyboxing.editor@yahoo.com
First correct answer wins. Simples!

(PRESS RELEASE) Soundcrash presents a musical journey that will take you from Dub Reggae to Dubstep and from Hip Hop to LA-tronica with some of the biggest players in the electronic music scene. Starting proceedings will be a very special live set by the legendary Mad Professor. The man who almost single-handedly brought Dub into the digital era will play a very special live Dub-to-Dubstep set from 10pm sharp. So get down early for the best EVER possible warm-up for a crazy night!

Taking influences from hip-hop, experimental, and dance genres, The Glitch Mob have crafted their own form of futuristic dance floor hip-hop that has been flooring audiences world wide. Their live sets reinvent the dj “tag-team” concept with four performers on stage at once, interacting like a jazz combo, each taking the lead at intuitive moments, interweaving their own sounds, and remixing everything on the fly. The result is a sound distinctly their own, blending the deep head nod of hip-hop with serious bass music, throwing genre distinctions out the window.

Alongside The Glitch Mob (sort of) Dj Vadim aka The T-E-R-R-O-R-I-S-T will be bringing his weapons of mass destruction to the Koko dancefloor. After a wildly succesful US Tour, Vadim returns to London for his first big show since selling out Koko back in January. With a number of acclaimed releases on the iconic labels Ninja Tune and BBE, Dj Vadim is one of the most reliable producers and Djs in the Island and is sure to prove that again tonight.

First Word Records’ Kidkanevil fuses Hip Hop, Tropical heat, and Electronica to maximum effect, and completing the bill, festival-circuit staples Subsource will show once again that Dub, punk and electronica can be fused together and not sound like shit. Get ready to mosh!