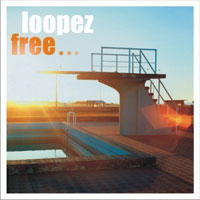 Following his EP collabo with the excellent Renegades Of Jazz, Uruguayan Loopez sees the Greeks their sampled latin breaks and raises them some original latin fire with Lost Tape 1. Imagine a latin breaks version of S.O.U.L.’s Burning Spear with trumpet (courtesy of Gaston Ackerman) instead of a piccolo and bigger drums and you’re ballpark. Don’t bloody sleep though – there’s only a 100 free downloads of this – cop while it’s hot off the player below.

On the other hand, if you’re reading this after the hundred downloads have already expired, now would seem like an excellent time to mention that Lost Tape 1 is also the highlight of Loopez’s forthcoming album Free (cop it HERE and ‘name your price’) which is an otherwise mostly more laid back affair of languid tropical breakbeat instros veering between Balearic chillout like The Beach Box to disco Tropicalia like Pan De Azucar to the cha cha cha-ish Wachimanes. Having spent some time listening to said LP, I can tell you it’s the very thing to play with a morning-after hangover or as a party warm up. Or, let’s face it, to have sweaty sex to under a mosquito net. Keep your eyes peeled for more from Loopez and his Nodo net label later in the year.
(Out 25 June on Nodo Music)