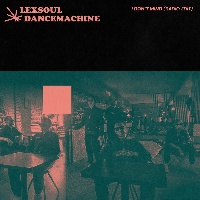 Two bits of good news here then – firstly, there’s a new Lexsoul Dancemachine single out entitled I Don’t Mind and secondly, it’s the first single off a new funk scene-sampling LP from German label Golden Rules. Lexsoul Dancemachine is of course the Estonian funk outfit that exploded onto the global funk scene with 2016 LP Deus Lex Machina. And there’s been no let-up since with several albums, regular singles and tours on which they showcase their legendary live performances. I Don’t Mind is a frantic uptempo number that bubbles with wah-wah squelches from the off but rather than the 70s it’s more the 80s that are the primary influence here – as becomes clear when the synth comes in on the first time you hear the hook. Golden Rules meanwhile is the label that released a string of singles in a rainbow of funk flavours over the space of around a year culminating in last October’s The Originals Vol. 1. Here’s looking forward to the next one!
(Out now on Golden Rules)