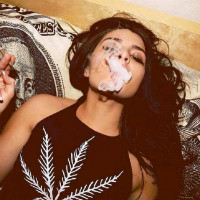 Certainly no strangers to a remix, RocknRolla Soundsystem here tastefully address Leroy Burgess’s 1983 cut – er – Stranger – a track that could only only exist in a post Michael Jackson’s Don’t Stop ‘Til You Get Enough. Where the original had the simplest of basic eighties funk beats however, this re-version provides a pulsing bit of heavily syncopated artillery and does away with such frivolities as any actual vocals culminating in a well done bit of spacey disco boogie that would have trouble recognising its former self. Cop it HERE for one measly euro.

Posted on 9th November 2015 no comments