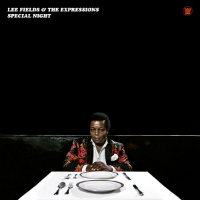 Soul survivor Lee Fields is playing the UK and Ireland this week! Now – since there’s not much of the week left, he’s either doing very short gigs and lots of them – or not very many gigs. Unsurprisingly, it’s the latter. Fresh from the success of latest LP Special Night the man who’s been kicking it live since 1969 is bringing his band The Expressions over to these shores and belting it out in Dublin, Manchester and London. The London show is already sold out though so don’t hang around. Should the worst happen and you miss Lee – the man is on the radio with – who else(?) – Mr Craig Charles this Saturday. Full dates and venues below.

Saturday 14th January Under The Bridge London
Sold Out