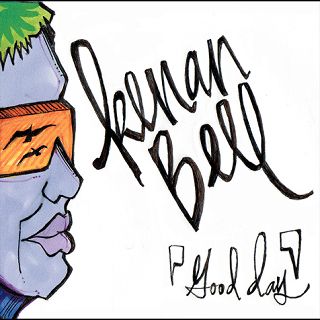 Well, that’s a first. ‘Indie’ hip-hop that actually sounds like ‘indie’ rock partnered with a bit of rapping. It’s an arranged marriage that will go down well if you like both Radiohead and Santogold but want to show those hard-looking, weed-dealing students who live next door in your halls of residence that you keep it a bit real too. You won’t convince them of course but you might convince yourself. Kenan Bell seems to be the bedwetting indie/emo member of the current crop of ‘hipster’ hip-hop-related acts and laid the groundwork for these credentials by remixing archetypal indie-miserablists The Smiths a while back. If you can restrain yourself from reaching for the razor blades you’ll find not only that Bell can rap but that the production and arrangements on this are harbingers of sizeable future success. Personally, I’m just thankful I use a safety razor.
Released 17 November 2008 on Cutlass Recordings