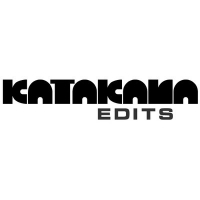 Updating dusty old classics for modern tastes is a thriving party breaks industry. Sometimes the man agrees and sanctions an official edit. Typically, he doesn’t – mainly because he usually wants all of the profit from such releases. It’s a practice which forces producers underground and results in the man getting none of the profits. But fuck him anyway. Since when did he ever understand music? On the other hand, Katakana Edits along with labels like Gamm completely understand how to edit and have released a string of respectful-to-the-original dancefloor sureshots apiece in defiance of the man for some time now. In fact Katakana are just about to release Vol. 12 while Vol. 11 came out not so long ago.

Volume 11 is dominated by Timewrap‘s refried version of The Velvelettes’ He Was Really Saying Something, but there’s also Oli Garch‘s skanking soul jazz effort Summertime, a brace of swing breaks from Clairvo and a second Timewrap cut – the classy Miami Beach Rhumba. Vol. 12 though is all about the mysterious FH (who I can’t definitively track down on the interweb) and who kicks off with a reboot of King Coleman’s version of Down In The Basement, delivers a titty-shaker rerub of Shirley Ellis’ The Clapping Song, and a triplet of funky edits, the best of which is insistent groove of Yo-Yo Beat.