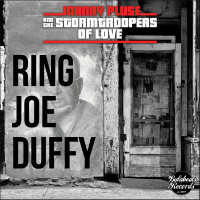 Johnnypluse & The Stormtroopers Of Love urge you to Ring Joe Duffy for the third single off their upcoming Ape Panic LP, presumably so that you can engage in robust discussion on controversial issues. The instro is a tub-thumping slice of electro-hip-hop, Loop Maffia‘s vocal mix is the glitchy, slightly off-kilter devil in the detail, and Moneyshot‘s version is a dreamy bit of nipple-clamp tweaking before, during and after the show. Job’s a good ‘un!
(Out 7 September 2015 on Bulabeats)