JOHNNYPLUSE: The Return Is Finished 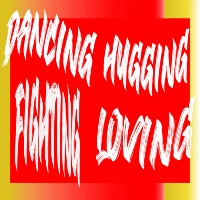 If you were concerned because you hadn’t heard from Johnnypluse for a minute, you’ll be gratified to hear that the Irish producer is back with a new album shortly and, before that drops, new single The Return Is Finished. It’s a lo-fi breakbeat affair that pulls off the feat of being both midtempo and ambient in mood. The primary means by which the latter is achieved is a vocal from none other than JP himself, intoning the music-related delights to come after the end of lockdown restrictions and sounding for all the world like he’s had a jazz cigarette or two. The repeated refrain of ‘The return of…’ actually makes it a bit like Renton’s ‘Choose Life’ rant from Trainspotting – though clearly with an Irish Renton, no Iggy Pop and no heroin. Alright, so not that much like it – but a stoned vibe and a video featuring sped-up nighttime motorway and retro arcade game visual motifs at least give it a druggy early 90s feel that Underworld might been pleased to knock out back in the day.
(Out now HERE)