JOHNNYPLUSE: Songs That Will Change Your Life EP (2013) Free download 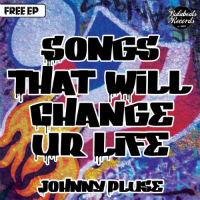 Irish breakbeat kingpin Johnnypluse comes through with a two-track freebie EP for the end of the year cheekily entitled Songs That Will Change Your Life no less. The first of these’ll be the crashing breaks and moody 90s rave-ish synths of LP dnb cut Don’t Stand For It (End Of Night Edit) now reworked at 106 bpm. The second, The Weapon Part 2 , is the kind of entity that used, once upon a time, to be known as a ‘megamix’ for which read ‘medley remix’. In this case a hip-hop medley remix. Spotting the ingredients should give you something to do as you lurch rhythmically through to the break-o’-break-o’ dawn on NYE…Cop ’em below:

Posted on 27th December 2013 no comments