JOHNNYPLUSE: Play Something We Know (2013) 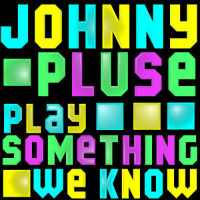 Hey JohnnyPluse – play something we know. Not actually a request (or, more likely, a beer-fuelled heckle) Play Something We Know is, in fact, the title of this fourteen-track JohnnyPluse retrospective celebrating his five albums and twenty three EPs. Five albums?! Twenty Three EPs?! Christ! JP is like the breakbeat Rolling Stones or something. Minus the supermodels, and annual blood transfusions in Sweden obviously. And just like Jagger, he likes to dip his musical Mars bar into a variety of locations – described on the PR blah as ranging from “hip-hop to funk and a bit of breaks.” Or, as I hear it, from hip-hop and reggae/ hip-hop hybrids to funk and rather a lot of breaks.

You’ll find both new gear and old on this and certainly some of JP’s best cuts – as you would expect of such a compilation. Those that particularly stand out include funky rock-organ powered mid-tempo breaks number Pleasure Town, even funkier bump the aptly-titled Funky Time, 90s-style downtempo dancefloor breakbeat effort Don’t Stand For It and my favourite JP track – anthemic Youth Mass-featuring skankin/indie-rock/ breakbeat cross Drinking In The Sun. A track which offers both timely and sound advice, I think you’ll agree.
(Out now on Bulabeats)