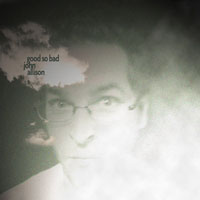 Anyone who caught Texan funkers’ T Bird & The Breaks storming second LP Never Get Out Of This Funk Alive will know it isn’t just gravel-vocalled T Bird who sings in the band. Aside from a roster of backing singers that includes soul queen in waiting Sasha Ortiz, guitarist Johnny ‘Too Bad’ Allison also stepped up to the mic for album track Paranoia For Ya and rocked a Rare Earth/ James Gang style vocal. That’s a mega-lengthy preamble for the fact that Johnny Too Bad has recently branched out with his own single – Good So Bad. Well, I say ‘on his own’ – T Bird is on piano, Breaks-bassist Cody Furr is on – er – bass and the man Sammy P is on stix. It’s a piano-y, blues-funky slow-jam and sees our Johnny’s vocal style even go a bit Dr John. And if that’s not your sort of thing – well – that’s just too bad.
(Out now.)