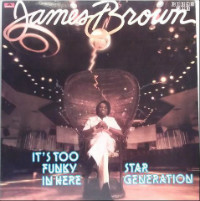 Lady punters jonesing for disco when you’re in the middle of a funk set? You need to sort that shit right out and fast! And Charlie Beale has the best solution since DJ Rebel dropped that JB’s Need Some Money rerub back in April. Say hello to Beale’s regrooved version of the Godfather of Soul’s late period 1979 hit It’s Too Funky In Here – oohh – give me some air. Now less funky and considerably more disco – you could even call it ‘nu-disco’. On second thoughts – don’t. Cop it below and don’t forget to thank the man!