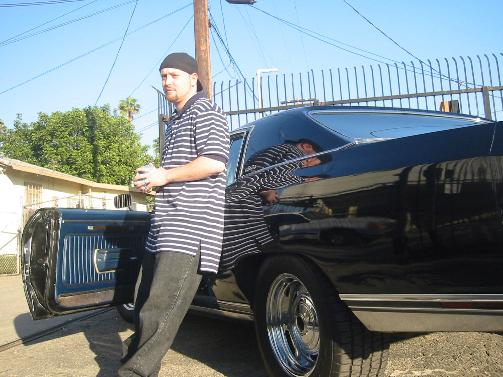 READ MONKEYBOXING.COM review of JAKE ONE – White Van Music
DJ/ Producer Jake One’s LP White Van Music drops on 27 October – listen HERE to taster track The Truth feat. Freeway and Brother Ali and read what happened when the Monkey caught up with him to ask about that LP title and more:

Monkeyboxing (MB): In the UK, the words White’ and ‘Van when put together have connotations of chauvinistic, working class males who reveal too much ass-crack, and demonstrate a spectacular lack of consideration for other road users. The phrase ‘White Van Music’ in particular would connote commercial radio (especially those stations playing mainstream hits from the 80s) played at noise-abatement order volumes. Does your LP’s title have a similar cultural significance in the U.S.?
Jake One (J): Naw not really. I actually came up with White Van Music in ’93 when I did my first song ever with my homie G Brown. I called my beat tape ‘White Van Beats’ and named my publishing ‘White Van Music’ on a whim 10 years ago and I’ve been running with it ever since. I used the title more to symbolize how long I’ve been doin this.
MB: I used to think that sampling would always keep hip hop fresh by allowing DJ/producers to have the jump on any new sound or genre by being able to chop it up, loop it or whatever. Despite that, the mainstream seems all played out and washed up with frequent references to hip-hop being dead while the underground is largely informed by retro styles. You’ve worked with a wealth of artists on both sides of the fence – how much life do you think is left in the old dog?
J: I think Hip Hop started to fall off with biting became acceptable. I try to not to make “retro” hip hop. I definitely create from the same foundation of the mid 90’s but I try to put different wrinkles in it to make it sound different. I think that’s how I’ve been able to work with a lot of commercial artists over the past couple years. The stuff I’m doing has a organic vibe but it sounds “big”.
MB: On your LP, you collaborate with both underground and mainstream MCs – was there anyone you wanted to work with but didn’t manage to and what made you want to work with that person?
J: I wanted to do something with Ghostface but I couldn’t quite pull it together. He’s one of my favorite artists because of his character. Dude has a book with him just talking that is entertaining. Not too many people can pull that off.
MB: The Cool Kids, Kidz In The Hall and The Knux (to name but a few) have all been listed as ones to watch but equally are often dismissed as ‘hipster rap’. Is this just the more conservative voices in hip-hop venting jealousy at a changing of the guard or is there some substance to this complaint about lack of substance?
J: The whole complaining about rap style can be just as grating as Soulja Boy to me personally. Make a good record about something instead of complaining about the radio. Most of the underground artists do want that mainstream success. There are very few who turn down that big major label deal.
MB: I read an article recently that speculated on the possibility that eventually we will be able to download any song from the internet for free and that artists would make more money depending on the popularity of their tracks with the royalties presumably raised from advertising revenue. Inevitably bootleg mp3s of artists’ work finds its way onto the net undermining legal sales and many artists are starting to release free downloads. Where do you think the future lies?
J: I don’t know. Clearly the money is shrinking for the artists and the labels. Its kinda crazy how people have this attitude now that they deserve the music for free. I still buy cd’s and records but it’s just something I’ve done my whole life. I’ve never thought that music really owes me anything, so if times get hard I’ll go back to regular life and get a job. Music isn’t the only thing I can do with my life. Its always going to be something I love to do though.
MB: Are you going to drop your LP on vinyl?
J: Yup.
MB: Good answer! Thanks for talking with Monkeyboxing and good luck with the LP – the last word is yours – anything you want to say?
J: If you downloaded the album and like it, please buy that shit! It’s that simple.

One Response to JAKE ONE – Interview