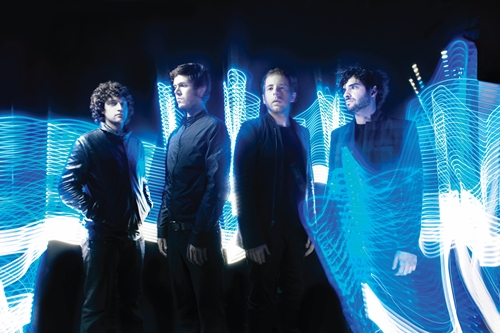 Ironic that this should be called Don’t Stop as that was the complete opposite of my reaction when I heard it. Incredible as it may seem, this lot must have listened to Pendulum’s ill-advised combination of weedy over-filtered vocals, rent-a-kit rock guitars, and pounding ‘dance’ beats and thought – ‘Man, that sounds good!’ Unfortunately they’ve generated a concoction so bland that if it was a drink it would make a carton of UHT Milk’s idea of bland seem appetising. The only reason this is more tolerable than utter shit like – I dunno – Westlife is because – come on – come on – there must be one – Westlife are anti-music – ahh got it – is because the only thing worse than listening to this would be listening to a watered down version of a rip-off of a rip-off of a late period Elton John ballad. Such as Westlife sing. ‘This is entertainment’ hollers the frontman. Fuck off.
Released 9 February on Island/ Fallout Records