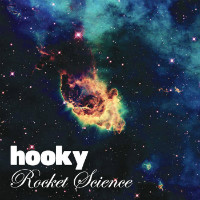 Oohh – I recognise that voice! You should too as it’s the unmistakable soulful rasp of Mr Time Crane a.k.a. T Bird of long time MB favourites T Bird & The Breaks. It’s not rocket science – although it is Rocket Science – well, the song’s name is anyway. There might have been a slight artist name change though as T Bird and co. are now on an indefinite hiatus after a punishing seven years on the road. Which means it’s time to meet Hooky – a.k.a. Tim Crane’s current project. But what does Hooky sound like? Well, on this debut single at least, a bit melancholy (since this is a lament for lost love) but actually not a million miles from the ‘Breaks with all that syncopated percussion, organ chords and Crane vocals. Which is a relief because losing that combo really would have been sad.

Posted on 23rd November 2015 no comments