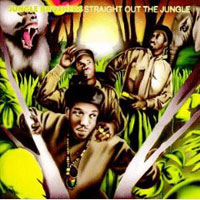 Did you hear the one about what you get if you cross Jimbrowski by old school hip-hop legends Jungle Brothers with Don’t Push Your Luck by old school funk legends The Peacemakers? No? Dope shit is what. It ain’t funny but it’s sure as hell is funky. This comes in the wake of LP Synchromystic which transatlantic production team Herma Puma (a.k.a. producers Simple X and Pimpernel Jones) dropped only last year and which was stuffed with enough old school-influenced goodness to induce an instant pimp limp. Currently they’re all over their preparations for a remix album on UK label First Word Records who recently released their free download LP First Word Is 7 with yet another free Herma Puma track on it. Is there no end to the goodness? Not so far. Cop that JBs/ Peacemakers action from the player below.